Canadian hardcore outfit Fucked Up have announced their next LP: One Day lands on January 27 via Merge Records. Today’s announcement comes with the release of the album’s title track, alongside an accompanying video. Check it out and find the album artwork and tracklist below.

The band’s sixth studio album, their shortest to date and the follow-up to last year’s gargantuan Year of the Horse project, was literally written and recorded within a single day. “After you’ve been in a band for this long, you lose track of what your sound actually is,” guitarist Mike Haliechuk explained in a press release. “Twenty-four hours can feel like a long time, but you can get a lot done then, too. It can feel like forever and one minute at the same time. If you work on something for one day, it can end up being really special.”

“I got this email from Mike saying, ‘I made this record in one day, and I want you to record drums on it – but you can’t listen to it before you get into the studio,’” drummer Jonah Falco recalled. “I saw layers upon layers of guitar loops, and I dove in head-first and came out of it with a finished record.”

Vocalist Damian Abraham, who also contributed lyrics for the first time since 2014’s Glass Boys, added: “It almost felt like it might be the last time I’d ever get to record vocals for anything. “What do I want to say to friends who aren’t here anymore? What do I want to say to myself? There was a lot of inner reflection going on, and after retreating into the fantasy world with Year of the Horse, this record is like we’re returning to real life.” 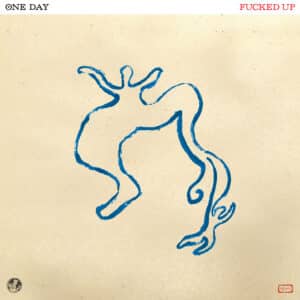