Maria BC has announced the Hyaline Remixes EP, which features reworkings of songs from their debut album, Hyaline. It’s set to arrive on November 18 via Father/Daughter Records (US) and Fear of Missing Out Records (UK). Today, Maria BC has unveiled Rachika Nayar’s remix of ‘ROF’. Listen to it below.

“Every time I hear the final lines of ‘ROF’, they transport me to two parts of my life: one deals with childhood and shame; the other is a memory of driving up the California coast, mountains on the horizon, when I felt a golden sense of future opening in my life,” Nayar commented in a statement. “It feels as if the song, in invoking both, metabolizes the past into possibility, and it’s that metabolism that I hoped to delve into with this remix—a metabolism that I think this record opens up for all of us.”

The Hyaline Remixes EP also features contributions from No Home, Nina Keith, Lucy Liyou, and Ragana. “It was both intimidating and thrilling to hear these artists’ interpretations of my music, as I’ve admired their respective voices, their distinct palettes and materials, for so long,” Maria BC said. “They’ve transformed the meaning of these tracks and elevated them. I’m so grateful.”

Rachika Nayar’s new album, Heaven Come Crashing, came out in August. Maria BC appears on two of its tracks, and Nayar discussed their collaboration in our Artist Spotlight interview. You can check out our conversation with Maria BC from earlier this year, too. 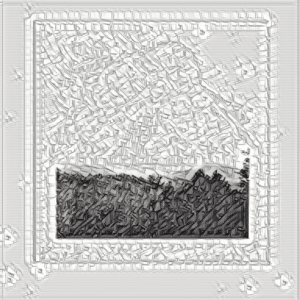