Twitter users that use it the platform via Desktop devices have seen a slight change, as Twitter introduced a different font on their platform.

Users that use Twitter are becoming used to a constant makeover, as just recently the profile pictures were changed from square to rounded which left some users confused. Now, it looks like primary font has changed on desktop platforms from Helvetica Neue to Segoe UI as of today.

The difference between the fonts might not be much to the normal user but the battle between the two fonts have been going on for years. Over the years, Apple has been known for using Helvetica (original version) and competitors Microsoft for using Segoe UI and Segoe. Of course, Helvetica is rather different from Helvetica Neue. The original version was made in 1957 by Max Miedinger and the re-worked version was made by D. Stempel AG in 1983. Both have slight differences as the newer version the font was made to fit the punctuation better and some of the characters were given slight changes for a better fluency and design. However, the difference between Helvetica and Segoe is quite dramatic and thus comes into question what made, the social media giant, Twitter change.

As Twitter had a makeover many users took to the platform to express their feelings about the change.

“I appreciate that they changed the font on Twitter and made it smaller” – said no one ever.

Twitter has a new font! It’s driving me crazy. Not because of how hard to read it is, but because they didn’t adjust line heights. pic.twitter.com/ybX9hyMr8c 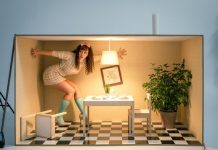