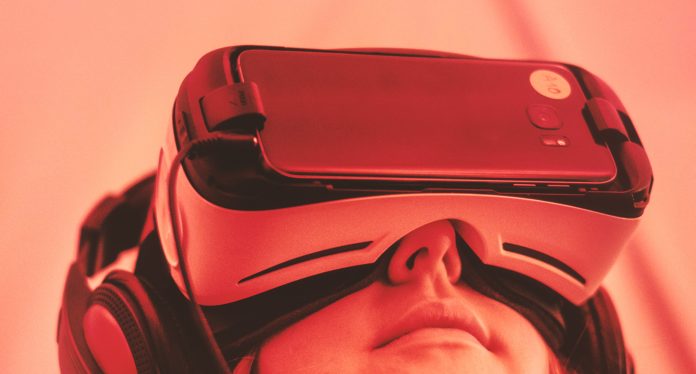 The promise of science-fiction and overenthusiastic game developers for decades, yet something which has only really started to become feasible with the technological advancements of the last few years. We talk, of course, of virtual and augmented reality systems. You’ve probably seen them or played with them yourselves at some point, whether in a store or with a personally bought device and gotten a look at what the real first generation of these headsets and devices are capable of.

This being an industry in its infancy, both in terms of hardware and software, it leaves us a lot of room for speculation as to what possibilities the future might bring. So let’s take this opportunity to take some educated guesses, on the off chance we can look back on this in a few decades in smug satisfaction of how we ‘called it’.

While not the first virtual reality device, the Virtual Boy from Nintendo was the first big attempt by a major console developer to find success in an undeveloped market. Released in 1995 in both Japan and North America, this controller and headset combination, which sat on your desk a little like a plastic periscope, was met with both critical and commercial failure. This thing was expensive, had only a monochrome display, poor visuals even despite the simple color scheme, and a very limited library of games (22 in total). It also had a tendency to give players migraines, an issue which persists with the eyestrain of modern devices, just on a lesser scale.

When Nintendo wants to try something new then they go at it with full force. In the case of the Wii and the Switch, this turned out fantastically, but the Virtual Boy, much like a lesser version of the Wii-U, was a marked failure. The idea was good, but the tech was simply not there yet. Quality VR would require more than two colors, better resolution, less latency, a wider field of view, and the much higher level of computing power which these necessitate, and we wouldn’t have those for at least another decade.

The device which really kicked off the modern age of VR was the Oculus Rift. Originally started as a Kickstarter campaign back in 2012, Oculus managed to raise a total of $2.5 million for the project, before being bought out by Facebook for $2 billion. While this influx of cash certainly helped the system along, it was a corresponding increase in technological feasibility which allowed this virtual reality device to finally reach a level of real believability.

The rift offered a 90Hz refresh rate, 1080*1200 resolution per eye, and a 110-degree field of view to far exceed any commercially viable product before it. Aiding this hardware was the help of serious programming legends like John Carmack to form the system firmware, and set the stage for the developers who would follow. It should also be noted that, unlike the Virtual Boy of yesteryear, the Oculus, and the various imitators and competitors which would later arise, would depend on a PC to perform calculations, where the video and audio output was then handed to the device. This meant at least a GeForce 970 graphics card, three HDMI 3.0 outputs, and a processor equivalent to an Intel Core i5-4590, which while not obscene were still at the higher end of the time.

With new hardware available for exploration, it was only a matter of time before software developers would jump on board to try their hand at the opportunities which this new avenue represented. Though there have been a few attempts by major publishers, like Doom and Skyrim VR, these often come down to smaller indie titles, as developers still struggle with appropriate translations of their games into VR space. Motion sickness is still a big issue here, as is the fact that running a game in VR requires considerably more resources than the traditional way, owing mainly to the strain of rendering two different screens at once, and at a sufficiently high frame-rate and low latency.

As our technology for creating virtual worlds improves, and general cost of processing power decreases, we can expect these systems to become increasingly viable, and with major console developers once again on board, the next few years and the next generation will be key.

This is the part where we put on our guessing hats and try to predict how things might shape up in the future of VR. There are a few things which are a given, just based on the general improvement of technology over time. As computers become more powerful we can expect games on VR devices to become better looking, and more complex. This will undoubtedly be aided by an increase of fidelity brought in by hardware advancements of the VR headsets themselves. Better field of views, faster refresh rates, and improved visuals overall means that we will inevitably reach a place where the virtual world might appear indistinguishable from our own.

Small form factors and lighter components will also decrease the discomfort we feel after using these devices for long periods, and better understandings and adaptions to eye-strain could also help eliminate the problem of migraines and motion sickness. Eventually, we might be looking at direct neural interfacing, which could bypass traditional aspects of control and audio/visual display. The foundations of these are already being used in modern cybernetics and, while they have a long way to go, they still show immense promise.

Of course, the more invasive of these possibilities raise questions as to the ethics of certain types of elective surgery, especially in the first few experimental years, so the industry surrounding this should also be something to watch.

In short – yes we are saying that something similar to jacking in like with Neuromancer or the Matrix might eventually become a reality. As for how far this would go, that might depend on the future of personal freedoms.

What of the Augmented

Arguably lesser famed than its virtual reality counterpart, though one with perhaps much more promise in terms of general use. Augmented reality, for those unaware, can be thought of as a simple overlaying of the real world with digital components. The most famed example of this is probably the recent phenomenon of Pokémon Go. This game would use the cameras of smartphones to show a real location, and on top of this would be placed the digital creatures themselves. While this example was perhaps a bit of a flash in the pan when it comes to staying power, it did a lot to capture the imagination of what games might one day offer.

This is a market largely untapped, as realizing an AR vision requires considerable knowledge, though recent developments like Google’s AR Core framework have lowered the bar to entry considerably. Part of this ties into the limits of the involved devices. While smartphones, the current biggest system for AR games, are rapidly improving, they have a long way to go before either they or online infrastructure in general reaches a level where AR development is anything approaching simple and efficient.

This also ties into a similar issue shared with VR, that of device size and weight. While VR headsets work great in some spaces, they aren’t exactly perfectly suited for transport, which limits their viability with how well AR works with outdoors and changing environments. While future developments like the announced Apple AR glasses will undoubtedly help in this area, these are still a long way from proper coverage and feasibility. On the plus side for gamers, the enormous potential for AR in business and medicine means that we might see some sort of government-funded research breakthroughs in the future.

AR has some major advantages over VR in that it can encourage exercise, and you have a far less a risk of physically bumping into stuff as when wearing the blinders of a regular VR device. When reality is the background of your game world, you have an almost unlimited field of play. Combine this with the multitude of different games which could be on offer, and you could find yourself in a virtual wonderland of realities to explore.

Thirty years from now you could put on your VR glasses and look out your window into the city, flipping between multiplayer programs and games hosted within your server location. You could see enormous monsters wandering the city, as virtual tracer rounds fired from AR ground player’s streak up towards the sky. You might hear the rumble of jets as those with VR setups offer air support and weave between the buildings on your block.

Flipping programs, you could see an overlaid digital version of hell, with monsters roaming the city while fellow players fight to keep them at bay. Changing again, you might enter the world of your local AR Minecraft server, with all the potential for fun and trolling that it represents.

As with VR, this is not entirely without limitations. Concerns about personal privacy are always going to be a big problem when it comes to the type of monitoring which becomes necessary when sharing a virtual space. While this might not an issue with single-player AR games, it does bring to mind other issues regarding recording and ‘accidental’ invasions of space. Much as we have seen with privacy laws involving the internet, there are likely going to be those out there which take advantage of the legal system playing catchup, so there’s probably going to be a lot of, let’s say, gross stuff, at least at first.

You Could be a Part

The thing about this type of future speculation is that it relies on the imagination of artists, designers, and programmers to become a reality. Just as people have released more traditional games which became runaway and unpredicted hits, this is likely to also occur with augmented and virtual reality games. With the most recent generation being more familiar with technology than ever before, we have to wonder exactly how many of the ideas which we all have might eventually make their way into the mainstream. This is an area keyed for exploration and expansion, so if you think you have any ideas then don’t be shy about pursuing them. You might be the next Notch, just without the negative reaction which his name inspires.