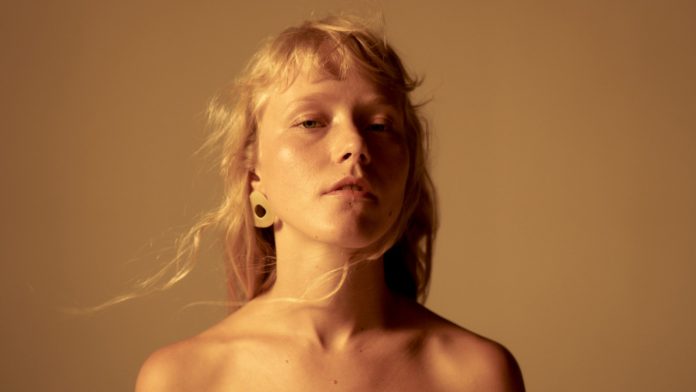 Alice Phoebe Lou, a South African singer-songwriter, has presented her latest single Skin Crawl. Skin Crawl comes from the upcoming album, Paper Castles, which is due to be released on the 8th of March.

Talking about the single Lou said “I was in the heart of Manhattan after taking myself on a solo date to watch Angel Olsen & I was feeling elated. I ended up at a bar, drinking a few drinks with strangers. I felt dizzy and left to call a cab. The last thing I remember, I was standing on a corner, unable to comprehend how my phone worked, feeling as though my world was upside down, panicking. A few hours are then lost and I never got them back. Then I’m suddenly in Brooklyn and it’s 4 AM, I’m barely able to walk, with a man I’ve never seen and he’s taking me somewhere. I remember thinking that he must be taking me to safety, because I was falling over and clearly needed to be in a safe place. Something kicked in and I realized I was in danger. I dropped my jacket and ran as fast as I could. Running and falling and crying and pissing my pants. I’ve never been that afraid. Kind strangers brought me to safety. The next day I was a wreck. Trying to rack my brain and understand how someone slipped something into my drink. But I was lucky. Many people aren’t.

It took me days to feel ok again. Physically and in my mind. But I realized how important it was for me to not let that moment define me and change something that was so important to me; the independence of going out alone. So, I did it again. Only a few days later. Trying to release the fear and not let it control me. I went to a Fela Kuti night and danced my feet off. But I remember being so acutely aware of the men around me on the dance floor; how often I was touched in places I didn’t want to be, how many times I was grabbed, told to smile, rubbed up against, you name it. I felt like I had to fend men off like it was some sort of sick game and the circumstances made it so difficult for me to just enjoy myself. I got home full of fire, ready to turn it all on its head, write a song from my perspective about what pisses me off, to get it off my chest and then set fire to it in my mind so it has no hold on me. It’s about the little things; the words, the comments, the feeling that ripples through your skin every time you’re told you’re a bitch because you don’t want to give him your number. Because for me, it’s the little things that are the starting point of a broader culture of non-consent and sexual aggression. And I guess I needed to write a song that was straight to the point. I find that when dealing with “heavy” subject matter that is important to you, it can be a tricky balance trying to get the message across while keeping up the poetry.

I went through a lot as a teenager and young woman, experiencing a range of extremely negative and traumatic incidences at the hands of men. This is not to say that I paint men with a single brush. I am lucky to have an incredible community of supportive, sensitive and wonderful men around me, in my band and social life, and I am so grateful for them. These are the same men that appear in my music video for “Skin Crawl,” close friends who were happy to play a role in a video where I could use them as my objects and my furniture in order to turn things on their head. The video was a joy to make; a DIY, low budget, full of love day. The song’s intention is to ask that we all work towards a world where we strive to make each other feel comfortable and safe at all times. That’s the dream really. Cozy and safe and equal.”

To support the release of her upcoming album, Lou will tour around the US and Europe.

March 3 – Toronto, CAN – The Garrison