Los Angeles–based singer-songwriter Helen Ballentine has announced a new Skullcrusher EP. The follow-up to her 2020 debut is called Storm in Summer and it arrives April 9 via Secretly Canadian. Recorded with Noah Weinman, the EP includes the previously released ‘Song for Drake’ as well as the newly unveiled title track. Check out the video for the new song below and scroll down for the EP’s cover artwork and tracklist.

“I wrote ‘Storm in Summer’ after releasing the first Skullcrusher EP,” Ballentine explained in a statement. “Over that summer I thought a lot about what it means to really put myself out there and share something personal. I felt so vulnerable and overwhelmed by the fact that these songs I had written in private were exposed and likely being misinterpreted or disliked. I think the song really tries to communicate these anxieties in a cathartic way while also leaning more into the beauty of relinquishing part of myself.”

Skullcrusher’s self-titled debut, one of our favorite EPs of 2020, came out in July. Since then, Ballentine has also shared the song ‘Farm’ alongside a cover of Radiohead’s ‘Lift’. 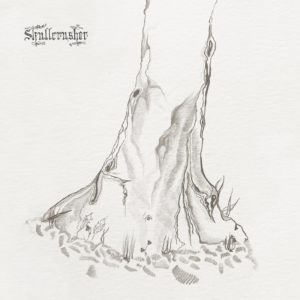