NFL Players with a Footprint Outside the Sport 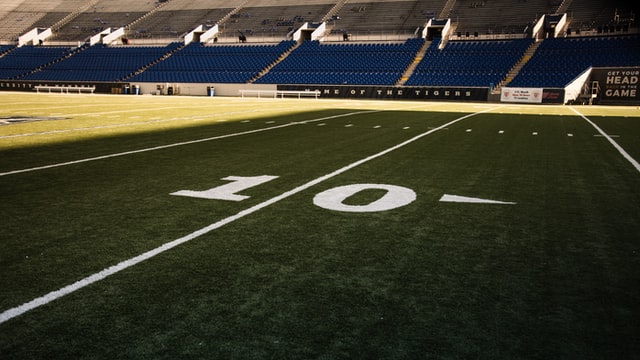 It is football season and that means the best NFL betting sites are buzzing with people looking for information on the next slate of games. It also means people are deep driving into everything they can find about the sports – and the players who played and are playing. One fun thing to look at is NFL players who have gone on to achieve stardom in other fields – either during or after their NFL careers.

We shall focus on players who had successful careers in the NFL. That means guys like Carl Weathers and Terry Crews are omitted from the list. We also decided to not add O.J Simpson for obvious reasons. Setting these criteria makes the list surprisingly small.

After a successful NFL career – winning the Super Bowl in 1984 and making the Hall of Fame – Howie Long took his personality from the sports into movies. Long would only star in four movies from 1996 to 2000. While a few of the movies were modest hits – with John Woo’s action thriller Broken Arrow the biggest success – Howie Long did not find overwhelming success in his new career path.

Howie Long would find much more success as an on-air personality on the NFL on Fox. Howie Long was one of the original members of their team – after the network bought the rights to air the sport in 1994. Long remains on the program 27 years later along with Terry Bradshaw (who ventured briefly into films).

Jim Brown is considered one of the greatest running backs and players ever to put on a helmet. However, many may not realize his career ended earlier than expected due to his desire to pursue a career in acting.

Jim Brown retired in 1966, in the midst of his prime after leading the NFL in rushing yards (1544) and rushing touchdowns (17). Why did he retire early? The team’s owner did not have his star running back focusing on acting in the offseason. Brown decided his owner’s opinion of him choosing acting over football was not best for him.

Following a Super Bowl win to retire on top, Michael Strahan has been one of the busiest men in the entertainment business in the last decade. Like Howie Long, Michael Strahan is a host on the NFL on Fox. However, he has ventured into much more on television since he retired from the NFL.

Michael Strahan started guest-hosting Live with Regis and Kelly. After 20 stints in the role, Strahan was hired full-time as the replacement for the retiring Regis Philbin. After four years, Strahan moved on from the role and began working full-time on a spinoff of Good Morning America. The show was cancelled in March 2020.

Michael Strahan also hosts $100,000 Pyramid – which is expected to return at some point (delays due to the pandemic).

Alan Page is one of the greatest defensive players ever. He is only one of two defenders to win NFL MVP and is also a member of the All-1970s Hall of Fame team. After his career, Alan Page decided to go to law school and become a lawyer. From there, his career only went up.