Fashion And Beauty: A Closer Look At How Different Cultures Perceive Formal Wear 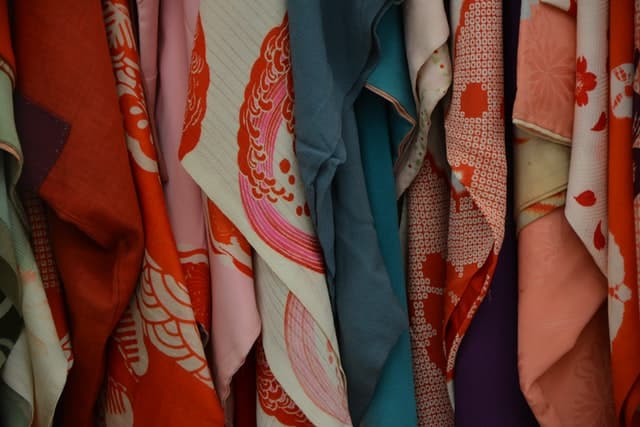 The world is a big and diverse place. People living in different cultures often see things differently. This can be true of how people perceive formal wear, as well. For example, you can buy indian outfits online from nihal fashions and find other cultures exciting too. this article, you will learn about some of the ways that different cultures perceive formal wear so you can better understand the wants and needs of your customers or clients!

For a long time now, formal wear in the western world required longer sleeves. That’s why girls are trying to find a special long sleeve formal dresses collection for prom. This has been established as the standard for formal wear in Europe and America and become a part of their culture. Many other cultures have adopted this style as well, making it their own while still complying with the dress code traditions.

Formality is defined by different aspects such as fabric type and color, length/size of sleeves and neckline cut among others. The West has been very strict about formality, but there are also countries that are more lenient with these rules, allowing people to express themselves through fashion choices, even when attending special events or gatherings where one might need to look formal. However, all cultures can agree on one thing: wearing clothes that fit your body accordingly will always be better than not doing so!

Men are usually required to wear suits or tuxedos with a shirt. They should also wear a necktie or a bow tie, and the color of their shoes should match the color of the belt.

Japanese fashion is pretty specific and unique compared to what we see in the U.S. and other countries. There are some major differences that make Japanese fashion stand out from Western fashion, such as color combinations and fabrics used.

There are also different rules about which outfits you can wear for any given occasion. There might be separate dress codes depending on if you’re going to an office party vs out clubbing with friends after work. Here are some examples of what to wear in Japan and when to wear it:

Japan perceives formal wear differently than the West does because they have different cultural norms and values associated with what clothes are appropriate for certain occasions or settings. Formal attire means something very specific when you’re talking about Western fashion vs Eastern culture, so it’s important to understand both sides before drawing conclusions on “formal” garments around the world.

However, it should be noted that the Japanese also often wear suits!

Formal clothing in India is not perceived the same as in Western culture. There is a cultural shift that must be made to include and understand what formal wear can look like when it comes from India. The perception of fashion changes depending on who you’re talking about, but based on Indian culture there are different types of clothing used compared to other countries such as America or Europe.

The first thing people notice when thinking about Indian clothes is perhaps one specific cloth called “dupatta”. This type of apparel doesn’t really have much to do with western understanding regarding formality because this fabric also includes women’s underwear, which has nothing at all related to beauty and style. Yet, even if dupattas don’t exactly reveal your perfect curves, they are very much appreciated by Indian women.

Arabs have a recognizable style of dress that is very different from most other cultures. In general, Arabs wear loose clothing made out of large clothes, and they always have a head covering.

In the Arabic culture, it has been said that “there are two occasions in which Arab women show their faces: weddings and funerals.” Of course, this varies depending on what part of the Arabic culture you are from. In general, women cover their heads and wear loose clothing for modesty purposes.

In Arabic cultures, formal wear is called “Izaar” which means garment or dress in English. Izaar includes any long-sleeved shirt worn by men as a top layer with wide sleeves that fall to approximately mid-thigh length. Over this, they might also wear a thobe (a knee-length robe) made out of cotton, linen, wool, or silk depending on what season it is and where they live geographically within the Arabic regions/countries.

Formal wear in African cultures is very different from that of the Western world. African women wear a lot more color and patterns in clothing, paired with vibrant makeup and hairstyles to match their outfits. In addition, they wear jewelry made out of beads or shells as an accessory.

Women often pair bright colors together when dressing formally. The use of accessories such as beads, bracelets, earrings is also common for African fashion designers. Also, many African women have colorful hairstyles to go along with their outfit choice(s) for the day.

Formal suits are often worn at African weddings, as well as by men who work in important positions, such as government officials and business owners. It is also common for a man to wear a traditional Akubra hat with a formal suit or tuxedo attire. Women too have been known to pair an Akubra with an outfit such as a ball gown.