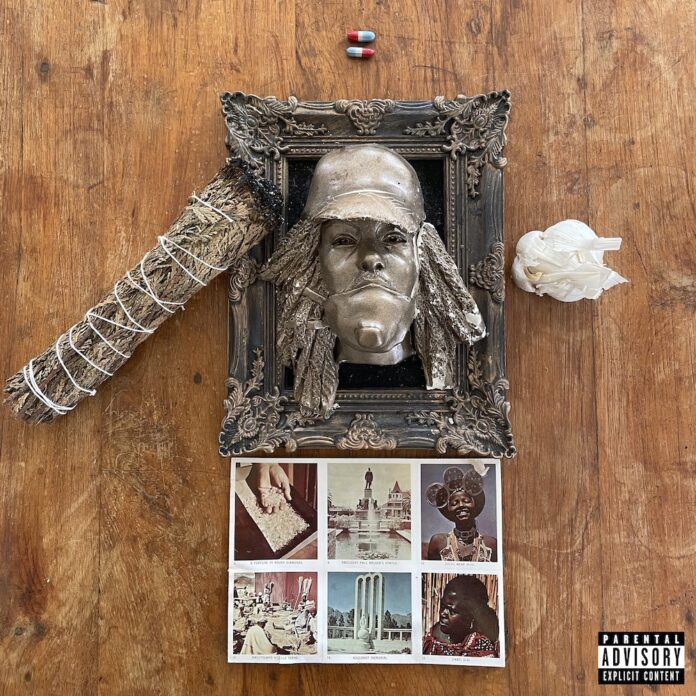 Earl Sweatshirt may not be the kind of rapper to lay it all out on the table, but he has a way of immersing you into his insular world through a knack for poetic detail and unpredictable songwriting. Since his rise to fame as part of the Odd Future crew, the Los Angeles rapper’s output has been defined in part by his astounding technical precision, and partly in contrast to his more extroverted collaborators – an impression he seemed to play into with the title of 2016’s I Don’t Like Shit, I Don’t Go Outside, which was dazzling for its raw introspection. His work lept further into darkness with 2018’s landmark Some Rap Songs, but as his sound got murkier and his lyrics more withdrawn, by 2019’s FEET OF CLAY, one could identify something looser in his approach. And while his latest project isn’t cloaked in the same layers of metaphor that framed its predecessor ­– or at least not to the same extent – his thoughts remain codified and mostly inscrutable, even if he’s less inward-looking than he has been in the past.

Recorded during the COVID-19 pandemic, SICK! feels more attuned to the present moment than any of Earl’s previous releases – though if its disorienting mood carries an air of familiarity his music didn’t in the past, that probably says more about the state of the world than his stylistic progression. What’s more intriguing is the nuance with which Earl confronts both his surroundings and the demons of his past as they blur together, and with his voice higher up in the mix, it sounds like he’s sifting through the fog rather than easing into it. In an interview with Rolling Stone, Earl revealed that he scrapped a 19-song project that had a more “optimistic energy” to it; there’s enough layers in the title of the album he’s delivered to convince you of its complexity and depth, but he also doesn’t compromise on urgency or directness.

If SICK! is proof of anything, it’s that no matter how unfiltered, uneven, or unpolished his raps can be, they’re always driven by a sense of purpose. In fact, it’s that quality that turns what would otherwise be a challenging listen into a richly rewarding one. “I have to write to find balance/ This game of telephone massive/ I do what I have to with the fragments,” Earl sings on the standout ‘Tabula Rasa’, and throughout the course of the record, he works towards achieving that balance rather than acting as a purveyor of mood – even if the atmospheres it conjures are as dense and hypnotic as ever. On ‘Vision’, he wrestles directly with the dread of isolation and doesn’t shy away from references to “everything we in the midst of,” but does so in an attempt to fashion the truth as a strange and powerful sort of magic – not for himself, but for the sake of future generations. (Earl became a first-time father last year.) Even when he dives into his own mythology, like on the reflective ‘2010’, he does it in order to highlight his renewed perspective: “Fire leaping up out the hole/ Deep breathing only make it grow.”

Even as his focus is sharper and the music more confident than ever, it’s still hard to follow Earl’s every thought or grasp exactly where he’s headed. But whether or not you’d call him an introvert, SICK! embraces a spirit of openness and collaboration, effortlessly jumping between styles as he invites peers like the Alchemist, Black Noi$e, and Armand Hammer to join him. Rather than watering down his sound, Young Guru’s clean mixing accentuates not only how enigmatic and subversive Earl’s rhymes can be, but how disparate the structure of the whole thing feels, how it forces your attention to shift from one moment to the next. Like his other recent projects, SICK! breezes by in less than half an hour, but there’s something liberating about how it sucks you into its orbit. You wouldn’t say he’s keeping to himself – just finding new ways to be.

Album Review: Earl Sweatshirt, 'SICK!'Earl Sweatshirt may not be the kind of rapper to lay it all out on the table, but he has a way of immersing you into his insular world through a knack for poetic detail and unpredictable songwriting. Since his rise to fame as...