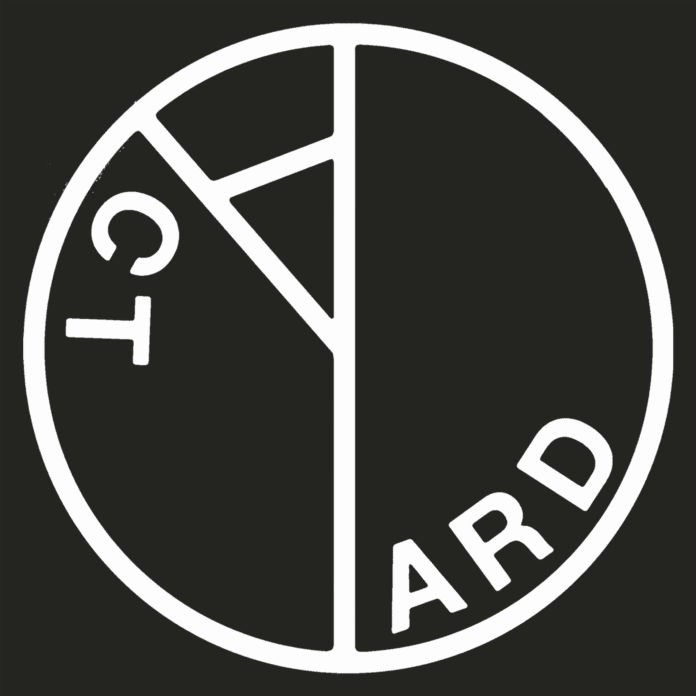 If the release of Yard Act’s debut album is tinged with an eerie sense of déjà vu, that much is understandable. A slew of post-punk bands ­– mostly British (Sleaford Mods, Shame), others not (Viagra Boys) – were putting out albums around the same time last year; it’d been a couple of months since the last IDLES record, and a much-anticipated LP from Black Country, New Road was imminent. With IDLES’ last outing still fresh in our memory and BCNR’s sophomore effort just around the corner, things aren’t all that different in January 2022 – it’s hard to ignore the fact that Irish quintet Silverbacks followed up their debut last Friday, the same day Yard Act released theirs. There’s no denying the Leeds outfit – composed of Post War Glamour Girls’ James Smith, Ryan Needham of Menace Beach, Sam Shjipstone, and Jay Russell – have had a lot of momentum behind them, especially for a band that started out just 18 months ago. Still, it takes more than hype and extensive knowledge of a genre’s history to break through the noise (and, rather ambitiously, into the mainstream), and The Overload could have easily been an unfortunately apt title.

But this is arguably what the band does best on the album: plodding through a disparate range of characters and perspectives in the same playful yet ultimately sincere fashion that it treats the genre’s tropes. Post-punk has become frustratingly synonymous with sarcasm, and Smith’s acerbic wit is as prominent on the album as the wiry guitars and electronic flourishes that continue to claim space following the band’s 2021 EP Dark Days. As early as on the opening title track, he portrays a drunk bloke who suggests they “kick that dickhead singer you’ve got out the band” and focus on covers. Yard Act seem to acknowledge how insufferable and familiar the whole schtick can seem from the outside looking in, and Smith doesn’t go a long way to distance himself from the role typified by many of his peers – in fact, he actively plays into it. But ‘The Overload’ is a perfect set-up – in the midst of all the absurdity, the barrage of opinions accentuated by a nervous drum-and-bass loop, you need someone to stand up as the narrator, and Smith’s turns out to be more insightful and compelling than most.

There are plenty of lyrical gems and creative ideas flowing around here, but what’s fascinating about The Overload is the way it subtly deviates from the formula of Dark Days to offer something more catchy and immediate, as if disentangling itself from a sense of portnentousness that seems to come by design and reaching for true profundity. ‘Payday’ trades the layered commenterary of previous track ‘Dead Horse’ for more direct hooks, but the ridiculous flute riff thrown in at the end ensures it lands in at least equally bizarre territory. ‘Witness (Can I Get A)’ charges by with delightfully rowdy energy, a contrast to the serious kind of confidence that drives most of the LP. And the first-person narrative of ‘Rich’ (as in, “It appears I have become rich”) bears enough resemblence to the band’s own rise to success that its usual snarkiness is imbued with a genuine feeling of losing control over your life, the cheesily simple bass line slowly growing hypnotic as the off-killter synths and percussion chime in. It all seems painfully straightforward until it’s too much.

That point doesn’t fully come until ‘Tall Poppies’, a real stand-out that reveals the full scope of Yard Act’s abilities. It tells the story of a handsome football prodigy who never left his village, wading through his life in a manner so ordinary it’s almost overwhelming. Another band might soundtrack the moment of his death with some big crescendo, but Yard Act briefly employ dissonance in a way that doesn’t detract from the apparent contentment that seems to characterize its main character, pointing to the insignifance of a slightly-above-average existence without necessarily fearing or accepting it. The song is mostly observational but far from colourless, serving some of the band’s most poignant poetry and highlighting the earnestness and compassion that has been there from the start. Its arrival is nevertheless startling, so much so that the otherwise superfluous penultimate track, ‘Pour Another’, at least provides some space to let it sink in. By the final song, Yard Act sound less like any band you might be inclined to compare them to and closer to the universe of Cassandra Jenkins’ ‘Hard Drive’, leaving us with a strange but warm embrace: “It’s hippy bullshit, but it’s true.”

Album Review: Yard Act, 'The Overload'If the release of Yard Act’s debut album is tinged with an eerie sense of déjà vu, that much is understandable. A slew of post-punk bands ­– mostly British (Sleaford Mods, Shame), others not (Viagra Boys) – were putting out albums around the same...