Album Review: The Weather Station, ‘How Is It That I Should Look at the Stars’ 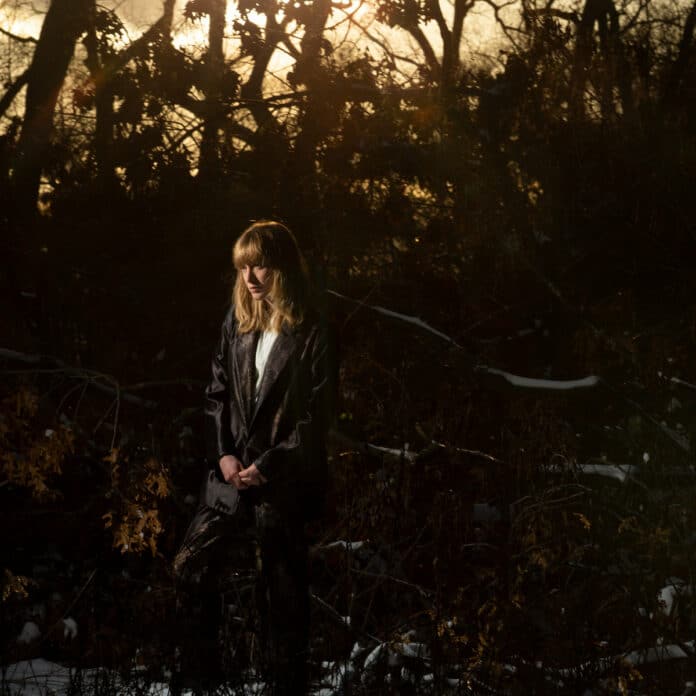 More than once on her new album as the Weather Station, Tamara Lindeman lifts the creative curtain. Her songwriting has long been grounded in vulnerability, but the openness and intimacy of How Is It That I Should Look at the Stars almost has a way of demystifying the process that led to its predecessor, 2021’s critically lauded Ignorance. On ‘To Talk About’, we find the narrator laying in bed with a lover, grappling with how much there is to express: “I’m tired of working all night long, trying to fit this world into a song,” she sings. So much of the record feels like witnessing an intricate dance with and through music that’s both familiar and new – songs that have yet to take shape, that are being discovered or are just now taking on a new life, as is the case with the cover of John Southworth’s ‘Loving You’ that serves as its delicate closer. Recorded over three days in early March 2020, not long after completing Ignorance, it’s also in close conversation with that album, reflecting on a lot of the same themes of uncertainty and conflict through a more introspective lens.

It’s clear that the two collections emerged around the same period of collective anxiety, but there’s a strange pleasure in hearing the poetry of Lindeman’s music mostly detached from any external, or even identifiable, context. It might be reductive to call the writing on How Is It That I Should Look at the Stars diaristic, but not only are the songs laced with uniquely personal detail, they’re also presented in such a way that it’s hard not to ascribe them that quality. They often begin with the narrator waking up or acknowledging their tiredness, noting down a thought and letting it unfold without quite resolving itself. In contrast to Ignorance’s lush sophistipop, the songs here are mostly composed of piano and Lindeman’s voice, but the improvised arrangements that accompany her have a vivid way of mirroring their stream-of-consciousness flow. It’s this natural fluidity and airiness that makes the album distinct not only from its companion but also the spare folk of early Weather Station albums.

In this setting, words that would carry a specific weight against the environmental backdrop of Ignorance take on a new resonance amid the relationship sketches of this album, revealing how the same forces are always and inevitably at play: a difference in perspective, a struggle for understanding. “What good are words if not to try and get across, this river that ascends me every time we touch, and to obliterate all this distance I get so tired of?” she asks on ‘To Talk About’. On ‘Song’, she wonders what she might be able to capture in such a piece of art: “Would it explain to you this white moon, hanging high above the motel room?” In her Bandcamp bio, Lindeman says she writes “songs about things that exist,” but it’s the way she contends with seeing the beauty in them that often makes her music so devastating. And it’s why ‘Endless Time’ is the most complete and striking track on the album, as she reckons with the fact that we might not be able to fully appreciate the things in our lives until they’re no longer available or within reach – “roses from Spain, lemons and persimmons in December rain.”

On occasion, Lindeman will really lean into the kind of existential language that marked some of Ignorance’s most memorable lyrics, and the results are equally remarkable. “I felt dizzy, my chest clenched cold and tight/ It’ll be 2020 tomorrow night,” she sings on ‘Stars’, “From Salton City, I hear fireworks go off/ As though they’re celebrating all another year has cost.” But How Is It That I Should Look at the Stars doesn’t shy away from sentimentality in a way that previous Weather Station albums might have, highlighting just how fragile the human condition is; she ends ‘Stars’ with the line, “I swear to god this world will break my heart.” Yet the exhaustion that pervades the album, the failure to give things meaning or untangle “all their endless kinds of truth,” doesn’t necessarily make it a disheartening listen. At the end of ‘To Talk About’, when Lindeman declares that “nobody wants to drag themselves through the endless ruins of all there is in this world that is not love,” the fact that she stops herself feels less like an act of resignation than stumbling upon an inkling of hope. Throughout the album, the revelation becomes clear: How could there possibly be anything in the world worth holding that is not love?