beabadoobee has announced her sophomore album Beatopia with a video for the new single ‘Talk’. The follow-up to 2020’s Fake It Flowers will be out on July 15 via Dirty Hit. Check out a music video for ‘Talk’, directed by Alexandra Leese and Luke Casey, below.

“I wrote ‘Talk’ just after my first album,” Bea Kristi said in a press release. “I was obsessed with Tuesday because I thought it was the best night to go out, not too much chaos but just enough to have a good time. Generally, it’s about doing things that aren’t necessarily healthy or great for you, but you can’t help indulging. It’s like that unavoidable feeling that you get. You can’t get rid of it, and you know it’s bad, but you love it really, and it’s whatever, so you do it anyways.”

Last year, beabadoobee released the Our Extended Play EP, which was co-written and produced by the 1975’s Matty Healy and George Daniels. 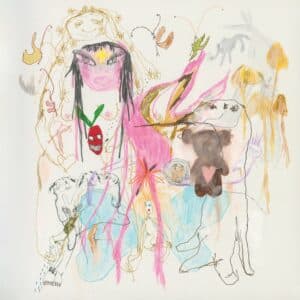