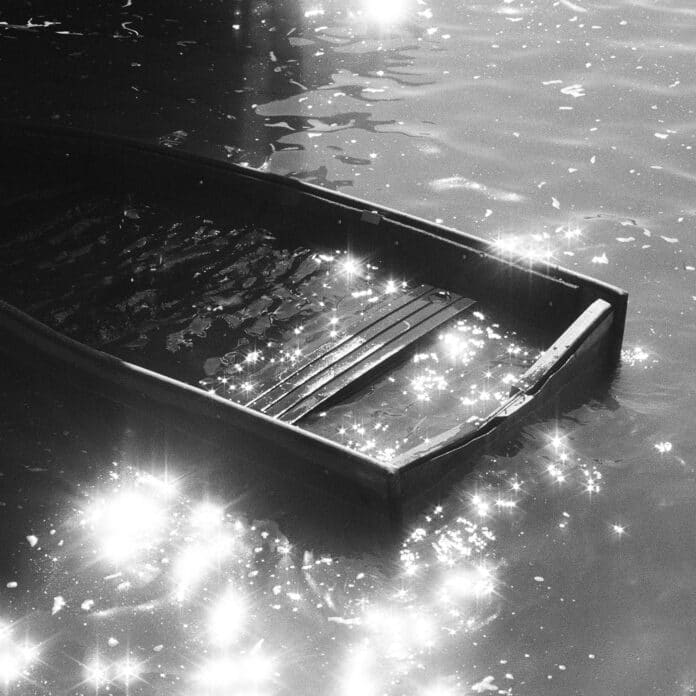 The songs of Cass McCombs can be both strangely comforting and subtly foreboding. “It’s such a glad day,” remarks the protagonist on ‘New Earth’, the breezy, playful third track on his tenth album, in the immediate wake of the apocalypse. “Thank God time has ended.” Despite referencing a time when “Mr. Musk was in a bad way” and “tweeting was muted all season,” you can’t be sure exactly what ties this fallen world has to the one we’re currently living through; McCombs has suggested it’s an entirely different one, even insisting that Musk is a fictional character. The magic is in the way the song triggers your imagination, whether you choose to simply enjoy its newfound lightness or ponder if there’s anything to be gleaned from the destruction that came before. No one path is forced on the listener. As two traditionally opposed forces merge on the album’s title, so does Heartmind bridge the gap between other seemingly conflicting worlds: old and new, love and heartache, empathy and resentment, tragedy and humour. And so it eases the friction between them, inviting you to both take a step back and keep digging deeper.

Like the image that graces its cover, Heartmind is bathed in a warm radiance that seeps through the darker edges of its sound without overshadowing them. It houses some of the most earworm-y tunes of McCombs’ career, and no matter how acquainted you are with his back catalog or what you seek from it, it takes very little effort to glide along with it. After the minor turbulence of opener ‘Music Is Blue’ comes the record’s most memorable single, ‘Karaoke’, which frames the paradoxical puzzle of a relationship against a shimmery instrumental. What’s most compelling about it isn’t so much the fact that it cleverly incoporates the titles of several karaoke standards – “You sang a melody, unchained/ But will your love godspeed to me?” – but how it never reveals much about the love in question, instead underlining the oddly funny, irrevocably human ways we tend to look for answers where there probably are none.

In more ways than one, music is really at the heart of the record. Any serious obsession with, it seems to ironically suggest, turns out to be kind of silly, sinister even. “Once upon a time, I told myself/ Music was all there was/ Like a ghost town in quarantine,” McCombs sings at the start of the album, and from there, begins to carve a new relationship with the form, almost like starting anew. (It’s one of the things that come to find a vital purpose in ‘New Earth’: “Music was forked like a soul infernal/ Today we play/ And ring the tones eternal.”)  He revisits a line from ‘Music Is Blue’ on ‘Belong to Heaven’, an elegy for a lost friend, where it becomes, “Music was all we needed.” (Heartmind is dedicated to three of McCombs’ friends who have recently passed away, Neal Casal, Girls’ Chet ‘JR’ White, and Sam Jayne.)

At the risk of sounding overearnest, we is the differentiating word here – while McCombs is the only singer on ‘Music Is Blue’, the rest of the album features guest vocals from the likes of Wynonna Judd, Danielle Haim, and Lily Chapin, among others. Not only does this spirit of collaboration weave new meaning out of the conflict that haunts the narrator, it also helps the songs come alive: Charlie Burnham’s vocal and fiddle contributions and Charlotte Greve’s saxophone sweetly accompany McCombs on ‘Unproud Warrior’, lending a genuine soulfulness to a complex, ambiguous character study, while Kassa Overall’s fluid drumming ambles along like a breathing creature, a restless memory.

The nuanced perspective McCombs brings to ‘Unproud Warrior’ renders it a highlight, but Heartmind benefits from what is often a looser, less heady approach. It allows him to shift course right away on the cumbia-inspired psychedelia of ‘Krakatau’, before settling into another lush country ballad, ‘A Blue, Blue Band’, which, by obviating narrative detail, taps into a fundamental quality of music: “You feel a release in your body/ From the instant they start.” On the surface, at least, there’s less satire, less of a danger to it than the kind implicated in ‘Karaoke’. It’s more sincere, but no less elusive in its pleasure, than a lot of what McCombs has offered in the past; it feels familiar but unbound to a single identity, style, or experience. The album’s liner notes cite a quote by 12th-13th century Sufi mystic Ibn Arabi: “My heart has become capable of any form/ My heart has become receptive of every form.” And so, as McCombs sings amidst dark, dense ripples of instrumentation on the final track, it “stops and starts, giving itself away,” ceaselessly, like music.

Album Review: Cass McCombs, 'Heartmind'The songs of Cass McCombs can be both strangely comforting and subtly foreboding. "It's such a glad day," remarks the protagonist on 'New Earth', the breezy, playful third track on his tenth album, in the immediate wake of the apocalypse. "Thank God time has...