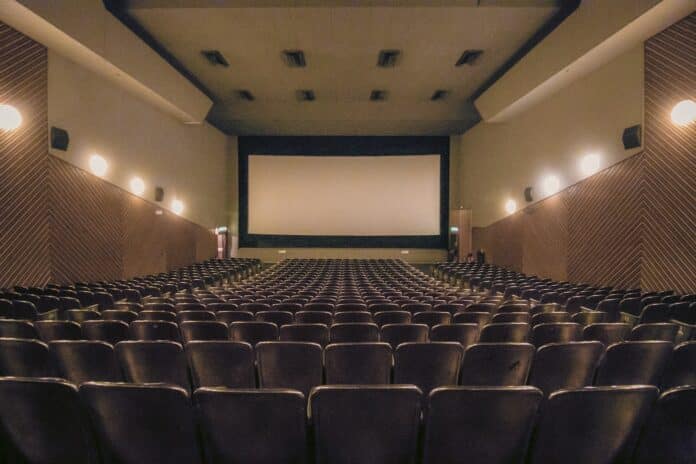 When looking for new comedies to watch, it can be difficult not to miss the era of Judd Apatow, Will Ferrell, Sth Rogan, Jona Hill, and the like. There have been a few ways to describe this era of comedy, from “absurdist buddy” comedy to “guys who love each other but in a totally hetero way” comedy, and there is plenty of crossover with some of the comedy that came from before, with the Farrelly brothers often seen as some of the pioneers of this particular brand that we’re going to call “dumb dude comedy.” Here, we’re going to look at some of the highlights of the genre that many of us are still pining for.

It’s right at the beginning of the true ascent of dumb dude comedy, and from the Farrelly Brothers, who can aptly be called the progenitors of the genre (though perhaps not solely.) However, Me, Myself & Irene shows that dumb dude comedy is left entirely to the dudes. Yes, it’s true that many of the best lines of this crass and absurd movie are delivered in rapid-fire by Jim Carrey’s Hank, the ruthlessly potty-mouthed and mean-spirited “split personality” of his meek-mannered Charlie. However, it’s Renee Zellweger’s Irene that plays the perfect straight man to his absurdity and the two (or three?) characters have excellent chemistry.

By the time Step Brothers came out, it’s fair to say that Will Ferrell was already a comedy superstar, fitting perfectly into the role of the sensitive manchild, Dale, but who could have known that John C. Reilly had the same kind of comedy chops before his performance as the more bull-headed Brennan? It’s these two and their all-kinds-of-weird relationship that drives the movie, from the absurdly named band-slash-company Prestige Worldwide (now the name of the movie’s own premier fansite) to the unforgettable bunk bed scene. Perhaps one of the last truly great dumb dude comedies.

Dumb dude comedies are often thought to be relegated to overly close relationships between adult men or stoner comedies (best personified in Seth Rogen), but Superbad aged down the dumb dude humor to crossover with the well-trodden college comedy genre. Pretty much the exploits of a bunch of pea-brained teenagers, each of the main trio have their moments to shine, with Michael Cera practically perfecting his trademark awkwardness, Jonah Hill’s precision quip delivery as the uniquely coarse Seth, and the underrated Christopher Mintz-Plasse shining as McLovin, the one joke that has stood out the most despite his relatively low billing compared to the other two main stars.

Anchorman: The Legend Of Ron Burgundy (2004)

“It’s a formidable scent… It stings the nostrils. In a good way… Brian, I’m gonna be honest with you, that smells like pure gasoline.” – Ron

To some, the pinnacle of the dumb dude comedy. Will Farrell was already a seasoned comedy actor by the time the 2004 megahit directed by Adam McKay came out. However, after this film, he rocketed to stardom and pretty much made a career of roles (such as that in Step Brothers) after this movie. But it would be remiss to look at Will’s performance as the titular Ron with everything from his strange cadence to his drop-of-a-hat emotionality as the only comedic heart of the movie. It’s a true ensemble cast, with Christina Applegate’s Veronica pulling the perfect foil, and Paul Rudd, Steve Carell, and David Koechner each having their own perfect times to shine with lines as quotable as they are downright stupid. It’s a shame the sequel didn’t manage to catch the same lightning in a bottle as the first. Not unlike some of Adam McKay’s other attempts in the genre.

Before The Anchorman 2, there was another attempt to find dynamite with the pairing of Adam McKay and Will Ferrell. Unfortunately, for a lot of us, it fell pretty flat. However, it did still have some excellent line deliveries, with everything about the “Lord Baby Jesus” being particularly memorable. What’s more, it brought the trio of Will Ferrell, Adam McKay, and John C. Reilly together, leading to the aforementioned greatness that was Step Brothers. It’s not an awful comedy by any means, but as some critics were quick to point out, Anchorman had left us expecting much more from this duo, which they would (thankfully) eventually deliver on.

“You know, when you grab a woman’s breast…and you feel it, and…it feels like a bag of sand.” – Andy

It has been pretty hard to get away from both Will Ferrell and Adam McKay throughout this list, but there’s one name who has been in the background for a lot of these movies (usually working as producer) that we have yet to grace: Judd Apatow. While Judd’s movies might not have all stood the test of time (Knocked Up is still great), The 40-Year Old Virgin is peak dumb dude comedy and one of Steve Carrell’s best comedic performances as the awkwardly loveable Andy. It’s another great ensemble cast with an admittedly weak plot, but plenty of great quotables.

Dumb dude comedy has left its snarky but intentionally dim-witted impact on the comedy scene forever, but it’s up for debate whether we’ll ever see the likes of the classics mentioned above ever again.