How Slots Still Dominate In The Blossoming Age Of VR 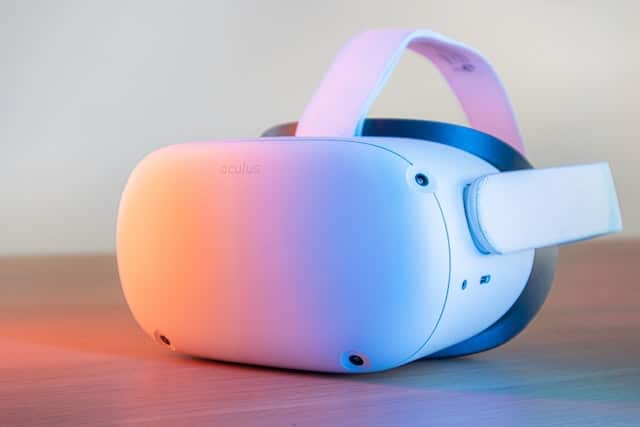 As the world gets closer to the age of virtual reality gaming, there is a staple in gambling games that remains mighty. And chances are virtual reality slots will be part of that future. The current digital slots remain relevant as the rest of the world watches VR headsets and talks of Mark Zuckerberg’s Metaverse go viral.

This is interesting, as most other companies or industries are gearing up for the VR switch. Virtual reality movies, shopping services, and chat rooms are on the horizon, but something keeps these familiar faces of online gambling undeniably fresh.

We think that while it would be simple and clean to cite just one reason slots continue to rule online gaming, there’s more at play. Here are a few reasons we think people keep flocking to slots and why we think this will allow them to flourish in the future.

If there is one thing slot machines have done right since the beginning, it’s being both eye-catching and easy to play. The action sits front and centre to the player and is often accompanied by enticing visuals that are always changing, interesting sound effects, and a simple interface that makes it easy for the player to stay focused.

Online casino slots such as Gorilla Mayhem, Wild Showdown, and Treasure Box Kingdom put their own spin on that familiar formula, but keep the gameplay consistent in the ways mentioned above. Slots also differ in style, presentation, and gameplay a bit to give variety to players (Hollywood slots, Grid slots, more reels) but they all boil down to the same experience – and that’s what makes them accessible to such a massive number of people.

Slot machines have been around since 1891, and although there are some casino games that are practically synonymous with casinos, we think slot machines reign above all. Because of this fame, it’s easy to see that people who have never played a slot machine at least want to see what the game is all about. We believe that part of this is due to a feeling of nostalgia.

While people may not have played slot machines, the games are everywhere and a certain sense of nostalgia can be felt at the sight of them. Whether it be a physical or digital slot machine, that same feeling comes about when people see those reels spinning. There are positive aspects of the feeling that connect people to their past, and this is a concept that applies to all things. And slots, even briefly, give off that feeling of looking back on the past as slots have been around for over 100 years. Even if that past is a technological one rather than an emotional one.

Last, slot machines have one of the biggest pools of games at their disposal. While that might make it tough for some people to find a perfect title, players will be able to find an ideal slot machine for them. Like movies, books, and television, everybody is drawn to something different.

Slot machines cater to everyone, with games that portray the wild west, ones that show the lives of Greek gods, others that bring players to outer space, and just about anything else you can imagine. Even machines out there are branded by NFL teams, so the sheer number of games out there alone is sure to draw an eclectic crowd.

Being simple,  eye-catching, recognisable, and diverse gives slot machines the edge to stay relevant during times of great technological growth. We’re just excited to see what some of the best virtual reality slots will look like when those are at their peak.