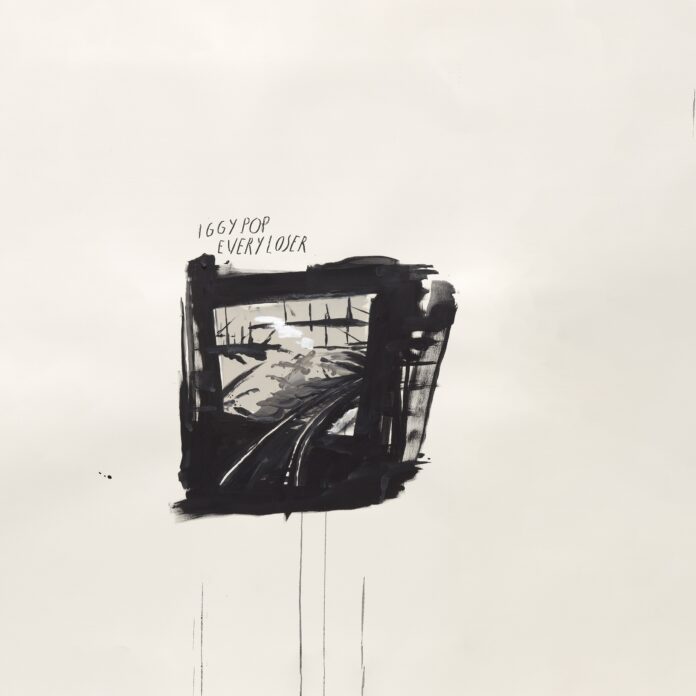 It wouldn’t be fair to call Every Loser a comeback album, but it is a return to the version of Iggy Pop the world knows and loves: gnarly, confrontational, and blisteringly intense. His career pivots offer ample proof that even the godfather of punk can get tired of rock n’ roll, and his most recent releases have traded ferocity for moody introspection, to mostly intriguing results. “I’m the guy with no shirt who rocks,” he said in a brief press statement announcing his nineteenth studio LP – less a proclamation than simple reminder – and the back-to-basics approach of Every Loser appears intended as evidence. And while the album has enough grit and hooks to be enjoyed in a straightforward manner – not to mention all-star contributions from members of Guns N’ Roses, Red Hot Chili Peppers, blink-182, and Jane’s Addiction, as well as what might be the late Foo Fighters drummer Taylor Hawkins’ final recordings – it also serves to reaffirm the complexity of Iggy Pop’s persona.

In both sound and concept, Every Loser is framed as a departure from the brooding, jazzy experiments of 2019’s Free, “an album in which other artists speak for me, but I lend my voice,” according to Pop. One of the most fascinating aspects of Pop’s career is the way he’s been able to simultaneously invoke and reinvent his signature aesthetic, including on the 2016 Josh Homme collaboration Post Pop Depression, and Every Loser finds him openly embracing the public’s perception of Iggy Pop. He speaks for himself this time, but it’s never quite clear whether he’s playing the part or playing into it. With the exception of ‘Modern Day Ripoff’, every sneering rocker is injected with some amount of sarcasm and sly self-deprecation, although just how caustic the tracks are meant to be is also up for interpretation. It’s why he can get away with opening the record with the line “I’ve got a dick and two balls, that’s more than you all” on ‘Frenzy’, a track whose freneticism is as direct as it is playful, or poke fun at the phenomenon of punk celebrity on a song featuring Travis Barker, or deliver a pensive ode to his adopted home of Miami by calling it “a beautiful whore of a city.”

It’s by treading the line between campy and sincere, between coarse attempts at modern commentary and clinging to the past, that the album manages to be more often exciting than merely serviceable. Pop’s collaborators have always shaped his work in specific ways, and by enlisting producer/guitarist Andrew Watt to helm Every Loser, he balances raw power with a polished, melodic sheen in ways that can occasionally feel toothless but are uniquely successful at matching Pop’s energy. One moment, he’s delivering a knowing and empathetic cautionary tale about addiction called ‘Strung Out Johnny’, then looks at himself with a dry sense of humour on a no-frills rocker featuring the line, “I ran out of blow a long time ago/ I can’t smoke a J, all my ducks fly away.” It’s a pleasure hearing Pop having this kind of fun again, but what takes it to the next level is how odd the results can be despite the album’s immediacy; ‘Morning Show’ is a boilerplate ballad rendered strangely affecting by Pop’s wearied delivery, while ‘Comments’ pairs gloomy post-punk with some ridiculously on-the-nose lyrics about selling out and social media.

Were it an attempt to strike the perfect balance between the various styles Iggy Pop has tried on over the years, Every Loser could have been a better record. But as late-career efforts go, it does more than simply prove he can still come out with a refreshing blast of energy, which is what the album might be remembered as. But listen to the closer ‘The Regency’, by far the most dynamic song on the record, one that bounces between melancholy verses and an explosive chorus in which Pop repeats, “Fuck the regency! Fuck the regency! Fuck the regency up!” It’s clear that even at its most raucous and entertaining, Pop’s music can still leave you feeling baffled and tense – yet there’s never any doubt that he can make some of his most twisted and powerful work just by being himself, whatever the hell that means.

Album Review: Iggy Pop, 'Every Loser'It wouldn't be fair to call Every Loser a comeback album, but it is a return to the version of Iggy Pop the world knows and loves: gnarly, confrontational, and blisteringly intense. His career pivots offer ample proof that even the godfather of punk can...