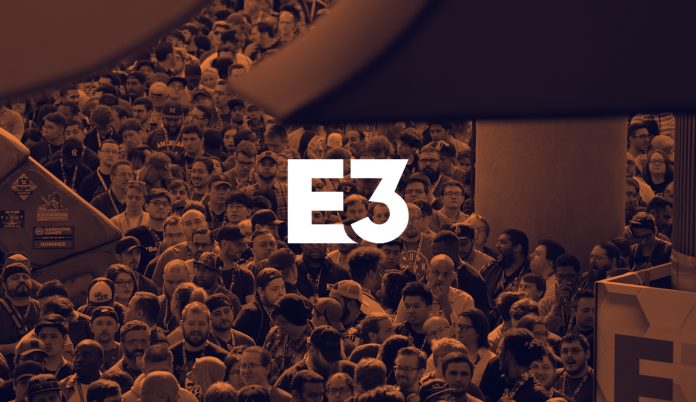 It’s that time of year again, when the gaming industry flexes their collective advertising muscles to show what upcoming releases players have to look forward to. The good and the bad, the beautiful and the horrendous, this has been an E3 full of announcements which we have been keeping the keenest of eyes on.

As with last year, we want to go over what we consider the best of what we saw, the biggest curiosities, and some of what we and the viewers considered the biggest disappointments. Note that we’ve tended towards announcements with actual gameplay trailers, as we all know how unrepresentative and uninformative cinematics can be.

We’ve also included release dates as they have been announced, but remember these are often subject to change.

No surprises here, as you’ve ever read the gaming section of Our Culture you probably know we’re big fans of every Doom game so far. Eternal looks to be to DOOM 2016, what Doom 2 was to the original Doom – the same excellence ramped up to the next level.

With new guns, new systems, and new enemies (plus the return of a few classics), this is perhaps my most personally anticipated game of the show (well, tied with Cyberpunk). The release date has been set for November 22, 2019, so fans of Doom have a few month’s yet to prepare themselves to rip and tear.

Seemingly taking light inspiration from Souls style combat, Jedi: Fallen Order has finally given us the gameplay we’ve been waiting for.

Early indications have been enough to generate huge buzz for this game, with the return to the single-player Star Wars experience being what many of us have been waiting for. It helps that this one is being developed by Respawn Entertainment, who gave us the excellent Titanfall 2 single-player campaign.

We can only hope that EA won’t EA this one too much. Coming out sooner than expected, check out this one on November 15, 2019.

The return of the game with the least convenient name since Megaman Battle Network 5 Double Team DS comes 16 long years after the release of the original. While the first was a notoriously glitchy and flawed game, it was also drenched in atmosphere, giving one of the strongest first-person role-playing experiences of the era.

The sequel looks to take all of what made the original great and bring it into the modern age, hopefully with bringing better levels of quality control with it.

The original Dying Light was the open world zombie-killing FPS parkour game we always wanted. Dead Island was an interesting effort, but Dying Light did everything better and with more polish.

The new game introduces a faction system, your allegiance within which is claimed to shape the world around you. Set 15 years after the original, where the world has effectively regressed into brutal tribalism, DL2 boasts a map four times the size of the original, more traversal options, and an expanded crafting system.

Expect it sometime before the end of June 2020.

What is there to say about this one. It’s a sequel to the game which officially let you make your own Mario levels, and play the creations of thousands of enthusiasts and sadists online.

Not just a new port of the first Mario Maker, MM2 looks to bring many longed-for additions into the fray such as slopes, wind, snake blocks, customisable scrolling levels, additional themes, and much more.

In our hands in just a couple of weeks on June 28, so start thinking of your impossible levels now.

Ori and the Will of the Wisps – Xbox, PC

The sequel to Ori and the Blind Forest, which was a fantastic 2D metroidvania style game released in 2015. The original Ori was praised for its smooth movement, charming and mysterious environment, and absolutely striking visual design. Will of the Wisps looks to take these components to the next level, showing off a new level of fidelity in 2D platform gaming.

Just beware that if it’s anything like the first one it, it can be far more challenging than the looks would have you believe.

Currently slated for release on February 11, 2020, this one is a little too far away for us.

The remake of the Gameboy hit looks like it’s coming along very well, with a fantastic look to match the dreamlike world.  As big fans of 2D Zelda games we can’t wait to play through this one again, with all of the convenience which modern tech can bring.

If you missed the second best 2D Zelda game originally then there has never been a better time to check out what you were missing on September 20, 2019.

Despite seeing a slight dip in the most recent entry of the new series, Wolfenstein has been killing it recently. It, of course, being hordes of Nazi scum.

The latest entry is set in alternative past 1980, where BJ’s two daughters team up to rescue their father from what appears to be captivity. While we would happy just for more of the same over-the-top action as we saw in the last few games, it’s the addition of two-player coop which really makes this entry exciting.

We’ve seen a lapse in coop campaign FPS games in recent years, so we hope that this is not only great but that it also reignites a trend long-missed.

Bringing in a new set of 4 vault hunters, Borderlands 3 is set for release on September 13, 2019. For PC users this has a timed exclusivity for the Epic Games store until April of 2020.

We’re putting this in the best list not because BL3 appears to do anything new or revolutionary, but because we appreciated the coop fun of the originals so much that it doesn’t really have to. Same wide range of guns, upgrade trees, and ridiculous enemies make this enough that we look forward to visiting the universe again.

A game series best known for an amazingly fun beat-em-up experience back on the NES in 1991, which was ultimately cut short a few levels in. You can say you made it through the biking level, but we won’t believe you.

Having made a reappearance as DLC characters in Killer Instinct back in 2015, there were predictions that we would see another Battletoads game sometime soon. Most of the complaints about this one seem to come down to the art-style which. It’s not bad, necessarily; rather it seems to fail to capture the crude charm of the original game.

Simply put, the look is sterile, and while we hope the gameplay will carry this one through, we aren’t going to be holding our breaths.

Another long-awaited return of a classic, another negative reaction. While we do still hold out hope for Battletoads, we have to admit that Commander Keen doesn’t exactly inspire confidence.

Coming as a mobile game, apparently not happy with its PC roots, the new Commander Keen looks slow and dull compared to the original series started back in 1990. At this point, the best we can hope for is that it won’t end up as Dungeon Keeper did.

You’ve seen the memes, and you’ve seen Keanu. What you didn’t see is actual in-game footage.

While there is still the footage released last year which has us excited, only a lucky few were party to viewing new gameplay. While this should be available to the public in the next few months, CD Projekt Red has such a proven track record when it comes to quality that we can’t help feel the anticipation.

Those looking for a reason to upgrade their computers might have it, with the release date coming on April 16, 2020.

A game we’re hyped for, but one which we understand could go either way. Modern Square Enix has been making some questionable decisions, and we fear this could be yet another example.

So, we got a release date of March 3, 2020, but this is not without some caveats. The first is that this game has been explained release in parts. Not even SE seems to know how big these parts will be, nor how many of them will be released, which is not encouraging.  Even less encouraging is the fact that each of these parts seems to be released as a full-priced game.

We’ve only seen footage from Midgar, so far, which constitutes a very small portion of the game world. We’re going to hope for the best, but faith is earned, and SE hasn’t been earning much of that recently.

We didn’t get much of a look at the story mode of Gears 5 this E3, but what we did see was enough gameplay of the multiplayer to keep longtime coop fans interested.

Considerable attention was paid this time around to showing the new escape game mode. This PVE multiplayer mode has the goal the name would suggest, taking a different path to the traditional horde mode for which the series has become synonymous.

The release date is set for September 10, 2019, so it won’t be long before we get to see if this one lives up to the coop fun of its predecessors.

Game streaming is a technology a long time in the making, and few have the means to do as much justice to the concept as Google. Provided Google sticks with Stadia, and indications are strong that they will, this could be a system which would benefit hugely from improving internet speeds. It might not be a fit for you yet, but it might be a in a year or two.

Or never, depending on your countries fibre infrastructure.

At least for turn-based games, Stadia is something we could really get behind. For everything else though, we’ll have to wait for testing in real-life circumstances before we would suggest paying into this service.

Launching in November of 2019.