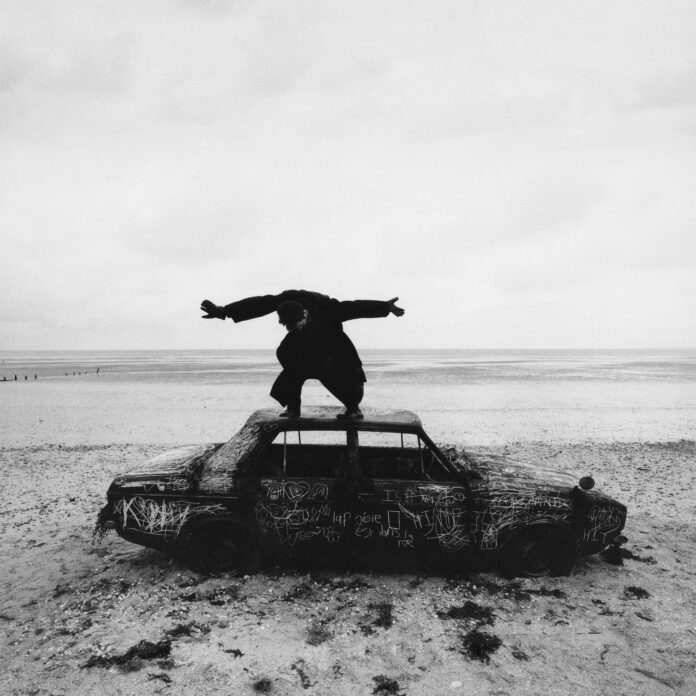 In this segment, we showcase the most notable albums out each week. Here are the albums out on October 14, 2022:

The 1975, Being Funny in a Foreign Language 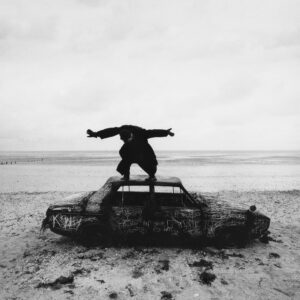 The 1975 are back with their new album, Being Funny in a Foreign Language, out now via Dirty Hit. The follow-up to 2020’s Notes on a Conditional Form was recorded at Real World Studios in Wiltshire, United Kingdom and Electric Lady Studios in New York. After creative differences led them to scrap most of their work with producer BJ Burton early on in the writing process, Matty Healy enlisted Jack Antonoff to co-produce the LP alonside himself and drummer George Daniel. “I think I’ve realized what I do: I write about how we communicate interpersonally in the modern age – mediated by the internet,” Healy told the New York Times. “Love, loss, addiction. That’s what I always do. Every other record has been a bit like, ‘Love! And me! And this! And that!’ I think Being Funny is the first time where I’m a bit like, ‘OK, right, love. Let’s do love.’” 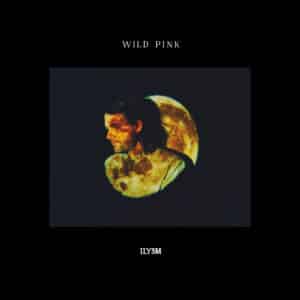 Wild Pink have released their fourth full-length, ILYSM, via Royal Mountain. Frontman John Ross, Justin Pizzoferrato, and the Antlers’ Peter Silberman co-produced the album, which features contributions from Julien Baker, Dinosaur Jr.’s J Mascis, Ryley Walker, Yasmin Williams, and Bing & Ruth’s David Moore and Jeremy Viner. During the making of the LP, Ross was diagnosed with and treated for cancer. “Even though I’d already started working on the record, everything took on new meaning after my diagnosis,” the musician said in a statement. “I started writing songs that tried to make sense of the whole experience, including the love and support I felt from the people in my life – particularly my wife, which is where the title came from.”

Red Hot Chili Peppers have dropped their second studio album of 2022. Return of the Dream Canteen is produced by Rick Rubin, who also produced April’s Unlimited Love, and includes the promotional singles ‘Tippa My Tongue’ and ‘Eddie’. “With time turned into an elastic waistband of oversized underwear, we had no reason to stop writing and rocking,” the band remarked in press materials. “It felt like a dream. When all was said and done, our moody love for each other and the magic of music had gifted us with more songs than we knew what to do with. Well we figured it out. 2 double albums released back to back. The second of which is easily as meaningful as the first or should that be reversed. ‘Return of the Dream Canteen’ is everything we are and ever dreamed of being. It’s packed. Made with the blood of our hearts.” 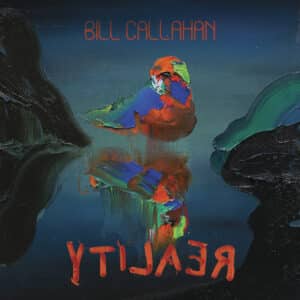 Bill Callahan has issued his new album, YTI⅃AƎЯ, today via Drag City. Previewed by the singles ‘Coyotes’ and ‘Natural Information’, the follow-up to 2020’s Gold Record features contributions from Matt Kinsey, Emmett Kelly, Sarah Ann Phillips, Jim White, and others. “I wanted to make a record that addressed or reflected the current climate,” Callahan explained in a statement. “It felt like it was necessary to rouse people — rouse their love, their kindness, their anger, rouse anything in them. Get their senses working again.” Read our review of the album. 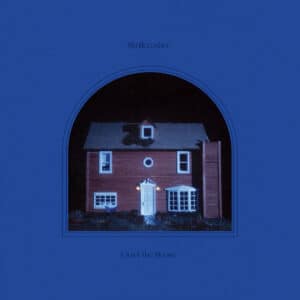 Released through Secretly Canadian, Quiet the Room is the debut album by Skullcrusher, the project of singer-songwriter Helen Ballentine. The LP was recorded with collaborator Noah Weinman and producer Andrew Sarlo in Upstate New York. “There’s the way that you would use that phrase in saying there was maybe some tension in the space; there was something unsaid, something that someone was holding in and not saying,” Ballentine said of the album’s title in our Artist Spotlight interview. “There’s a block where you feel like you can’t speak. And that has to do with how, when you remember your home, you also think of your family, and I was thinking a lot about those dynamics and how my memory contains the weight of those relationships, in addition to the actual spaces and the way that my house looked.”

Plains, I Walked With You A Ways 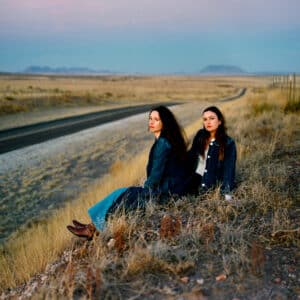 Waxahatchee’s Katie Crutchfield and Jess Williamson have put out a new collaborative album, I Walked With You A Ways, under the name Plains. Out now via ANTI-, the LP was recorded in Durham, NC with producer Brad Cook and a band that featured Spencer Tweedy and Phil Cook. It was preceded by the singles ‘Problem With It’, ‘Abilene’, and ‘Hurricane’. “I’ve felt a connection to Jess’s songwriting and a kinship with her since we met years ago,” Crutchfield commented in a press release. “Getting to lean into the influence of the music we both grew up with while also making something that feels very current and fresh to me was a great experience and I’m so happy to finally share it.”

Winter, What Kind of Blue Are You? 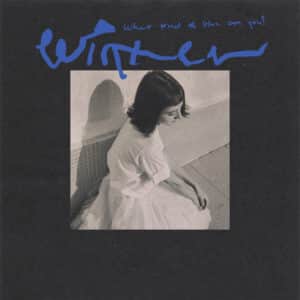 Winter has come out with her latest record, What Kind of Blue Are You?, via Bar/None Records. The follow-up to 2020’s Endless Space (Between You & I) was recorded with co-producer Joo-Joo Ashworth and features guest appearances from SASAMI and Hatchie’s Harriette Pilbeam. “After those years of making records and doing different things and trying things out, I think when the pandemic hit and I had music to make and all these emotions to express, I went and recorded with someone that was actually one of the first people I ever met in LA, Joo-Joo,” Winter explained in our Artist Spotlight interview. “So it felt like I was kind of coming back into that first original space where it’s just me, songs to write, and a person that I really trust, wanting to make gazy, dreamy music.” 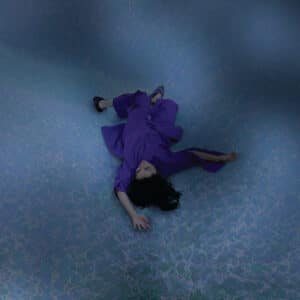 Lucrecia Dalt has followed up 2020’s No era sólida with a new album titled ¡Ay!. Spanning 10 tracks, the LP marks the first time the Colombian artist has sung in Spanish on her music since 2013’s Syzygy. Ahead of its release, Dalt shared the lead single ‘No Tiempo’, alongside a video in which she plays the part of Preta, the album’s alien protagonist who has just landed on planet Earth. Guests on the record include Alex Lázaro on percussion, Angelina Allemano on trumpet, Nick Dunston on double bass and clarinet, and Edith Steyer on flute. 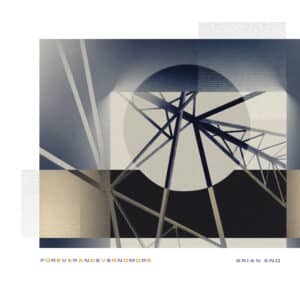 Brian Eno has returned with his first solo album in five years, ‎FOREVERANDEVERNOMORE. The 10-track LP, which includes the advance singles ‘There Were Bells’ and ‘We Let It In’, is also the first project to feature his vocals on the majority of tracks since 2005’s Another Day on Earth. “Like everybody else – except, apparently, most of the governments of the world – I’ve been thinking about our narrowing, precarious future, and this music grew out of those thoughts,” Eno reflected in a statement. “Perhaps it’s more accurate to say I’ve been feeling about it…and the music grew out of the feelings. Those of us who share those feelings are aware that the world is changing at a super-rapid rate, and that large parts of it are disappearing forever… hence the album title.” 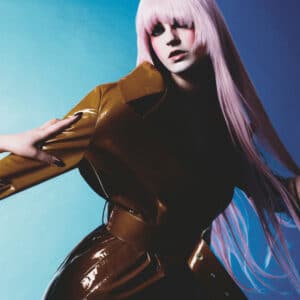 PVA’s debut album, BLUSH, has arrived via Ninja Tune. The South London trio – composed of Ella Harris and Josh Baxter, who share lead vocals in addition to handling synths, guitars, and production, as well as drummer and percussionist Louis Satchell – previewed the record with a series of singles, including ‘Hero Man’, ‘Bad Dad’, ‘Bunker’. Combining elements of acid, disco, and post-punk, the 11-track effort follows their 2019 Toner EP, which was produced by Dan Carey. 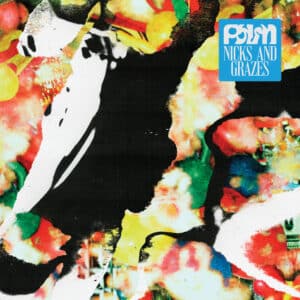 Philadelphia’s Palm have a new album out via Saddle Creek called Nicks and Grazes, following up 2018’s Rock Island. It marks the first time the band have worked with a producer, Matt Anderegg. “With this record one might assume that we were slowly building a house brick by brick, but it’s more like we were gathering and experimenting with different types of materials for the first couple of years, and then we built the house somewhat quickly,” drummer Hugo Stanley explained in press materials. “It’s hard to overstate Matt’s role in bringing everything together.” ‘Feathers’, ‘Parable Lickers’, and ‘On the Sly’ arrived ahead of the LP’s release. 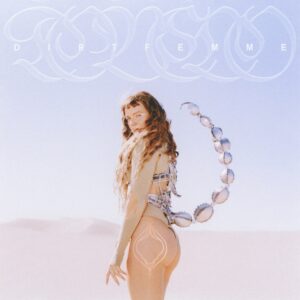 Tove Lo’s fifth studio album, Dirt Femme, is out now via Pretty Swede/Mtheory. The Swedish pop star’s follow-up to 2019’s Sunshine Kitty features contributions from First Aid Kit, SG Lewis, and Channel Tres, as well as the singles ‘2 Die 4’ and ‘Grapefruit’. “Dirt Femme is about me and my relationship with my femininity,” Tove Lo explained in press materials. “When I started out as a writer and an artist, I used to view my feminine traits as weaker and would enhance my masculine traits to get ahead in life. I feel a big energy shift in my environment since then and this album reflects the various ways my feminine side has both helped and hurt me.”

Enumclaw, Save the Baby 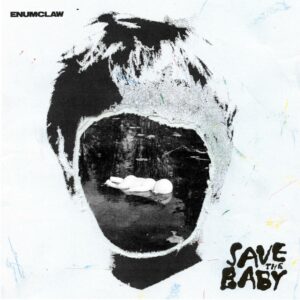 Enumclaw have shared their debut album, Save the Baby, today via Luminelle Recordings. The follow-up to their 2021 debut EP Jimbo Demo was produced by Gabe Wax (Soccer Mommy, Adrianne Lenker, Fleet Foxes) and includes the previously released tracks ‘Park Lodge’, ‘Cowboy Bepop’, ‘Jimmy Neutron’, and ’10th and J 2′. “This whole album is really about being yourself and knowing it’s okay to be working things out, and at the end of the day that’s all any of us can do,” lead singer Aramis Johnson Overall told The Line of Best Fit. “I just hope it inspires people and helps them realise that you can make something beautiful out of what’s right in front of you. There’s always a way”. 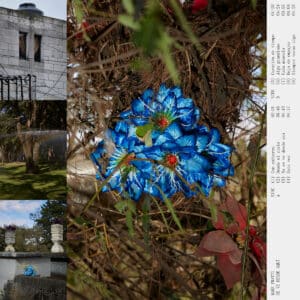 Mabe Fratti has issued her third full-length album, Se Ve Desde Aquí, via Unheard of Hope. Following the Guatemalan cellist and composer 2021 sophomore LP, Será que ahora podremos entendernos, the new record was led by the single ‘Cada músculo’. In press materials, Fratti described the sound of the album as “less protected” and “informed through the aesthetics of rawness, and a ‘dirtiness’.” She added: “I did layering but it’s more in specific moments. I wanted to be as raw as possible and try to avoid overdubbing the same instrument as much as I could, leaving space to break my own rules in the process.”